Ann came out west to Whistler from Toronto in 1982, to visit a friend who had discovered the contagious energy of Whistler. With the intentions of staying “just for the summer,”  little did she know that she would fall in love with the active Whistler lifestyle, meet her husband of 30 years and grow a thriving B&B and property management business. 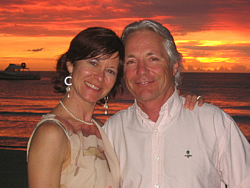 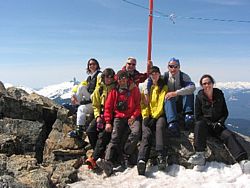 Terry, otherwise nick-named “Toulouse,”  has been in Whistler from the early 1970’s.  The hippie days of squatters cabins and ski bums! He worked and traveled in Europe with the Canadian National Ski Team for 15 years (from 1978 to 1993) and has attended 4 winter Olympic games already. Currently, he is a Retired Level 6 Private Ski Instructor for Whistler Blackcomb and has had the honour of skiing with celebrities such as Prince Charles, Prince William and Prince Harry in 1998. Terry enjoys mushroom hunting with our dog Frankie in the Emerald Forest, regularly playing golf nearby, and creating in his private woodworking shop. Self-titled: “Bon vivant and Raconteur” 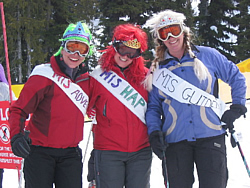 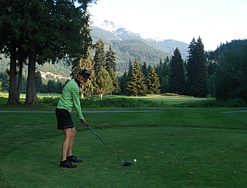 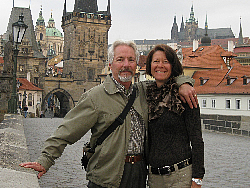 Ann is an active cross-country skate skier, level 6 black diamond downhill skier and is often seen on her mountain bike, even to do errands around the village. She enjoys participating in “‘theme” (or dress-up) events such as the annual Mom’s Mountain Classic. (Any mom welcome! Held annually in early April) Ann is an active member of the Whistler Community Church, and even volunteered at the WHISTLER OLYMPIC PARK at the Nordic Stadium during both the Vancouver Olympic Games, as well as the Vancouver Paralympic Games – plenty of stories to share! 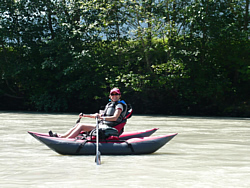 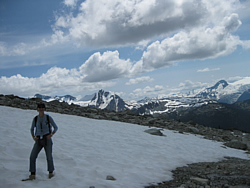 Together with their 2 children, Ann and Terry travel to worldly destinations only to find they are blessed to call Whistler home. 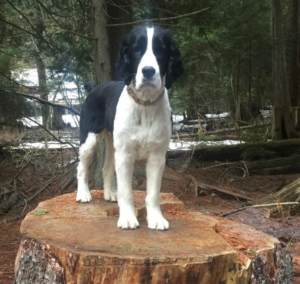 Our spring spaniel, FRANKIE, is such a blessing to our B&B!  Not only is he loved by all our guests for his gentle nature, but SAM is also hypo-allergenic and does not shed. He can usually be found roaming freely around our property and cheerfully greets arriving guests.  Give him all the love if you’re missing your own dog, but please do not feed him.”